On March 21st, the Civic Series welcomed Michael Casey, Senior Advisor for the Digital Currency Initiative at MIT’s Media Lab, to Workbar Cambridge for a conversation about Bitcoin. What is it? How does it work? What is its future?

At the start of the evening, Laur welcomed the approximately 50 guests, and shared the evening’s ground rules – first and foremost, there are no dumb questions! She also invited those in attendance to introduce themselves to someone sitting nearby and share what questions they had. It was a great opportunity to interact and build a bit of a learning community in preparation for the evening’s talk. 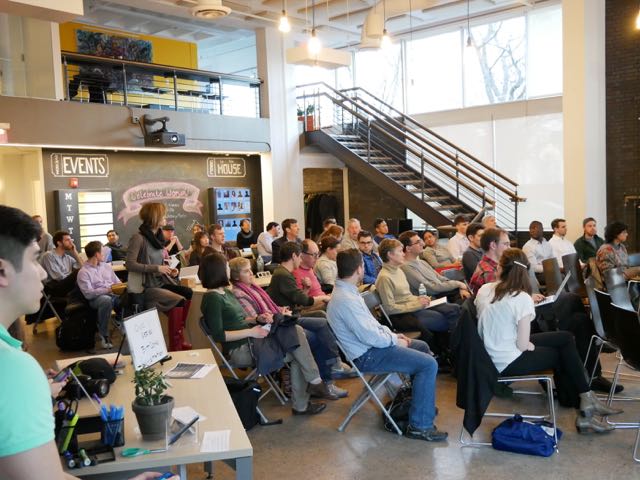 This Civic Series took on a sort of “fireside chat” format, enhancing the community feel of the room. Laur introduced Michael, who spoke for about forty minutes, and she remained in the front of the room with him throughout, later kicking off the conversation portion of the evening by posing questions submitted by registrants prior to the event. Folks in attendance had many questions about this new and innovative technology, and Michael helped to elucidate its functionality, pitfalls, and potential – for even the most unversed listener. 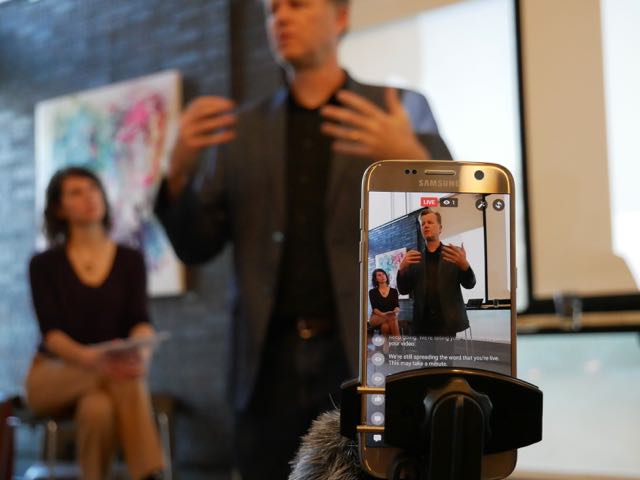 What is Bitcoin? Michael introduced Bitcoin by putting forth the central problem that it, and other blockchain technologies like it, were designed to solve: the problem of how to securely and quickly move money around the world, without relying on banks, where an enormous amount of power has historically been concentrated, as third-party intermediaries. The blockchain technology on which Bitcoin operates is essentially: a consensus process by which numerous, decentralized ledger-keepers (that is, computers around the world) verify transactions so that the record of those transactions is essentially immutable.

A monetary transfer can be made from New York to Sydney in a matter of minutes, and it is completely secure – the record of this transfer is stored in so many locations (anonymously) that it is virtually impossible to change or destroy (without, say, attacking every single participating computer and its owner). 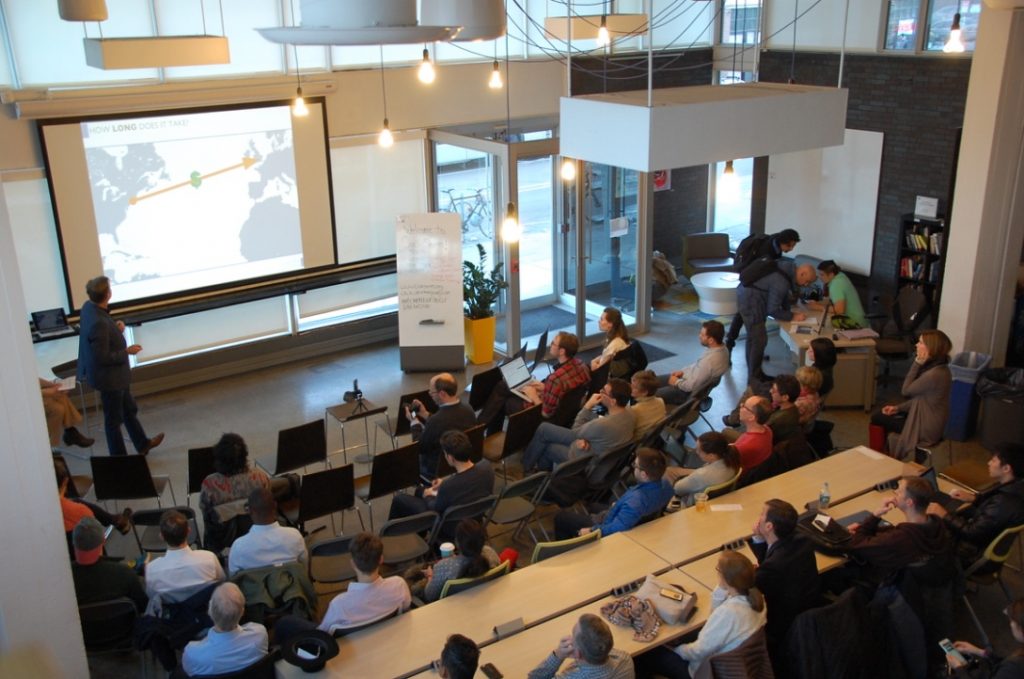 How does it work? Miners (computers) quickly solve a cryptographic puzzle put forth by the electronic broadcast of a Bitcoin transfer – and when they do, they have verified that transaction. If they do it faster than any other miner, they become the builders of the block of information (subsequently verified by others) and they receive the reward of Bitcoin currency.

Bitcoin can then be traded electronically for goods and services across the global economy. It can also be exchanged for local currency (a number of exchanges exist throughout the world, internet accessible). This, however, is where governments can regulate Bitcoin in a way that is simply impossible to do while the Bitcoin remains within a blockchain. 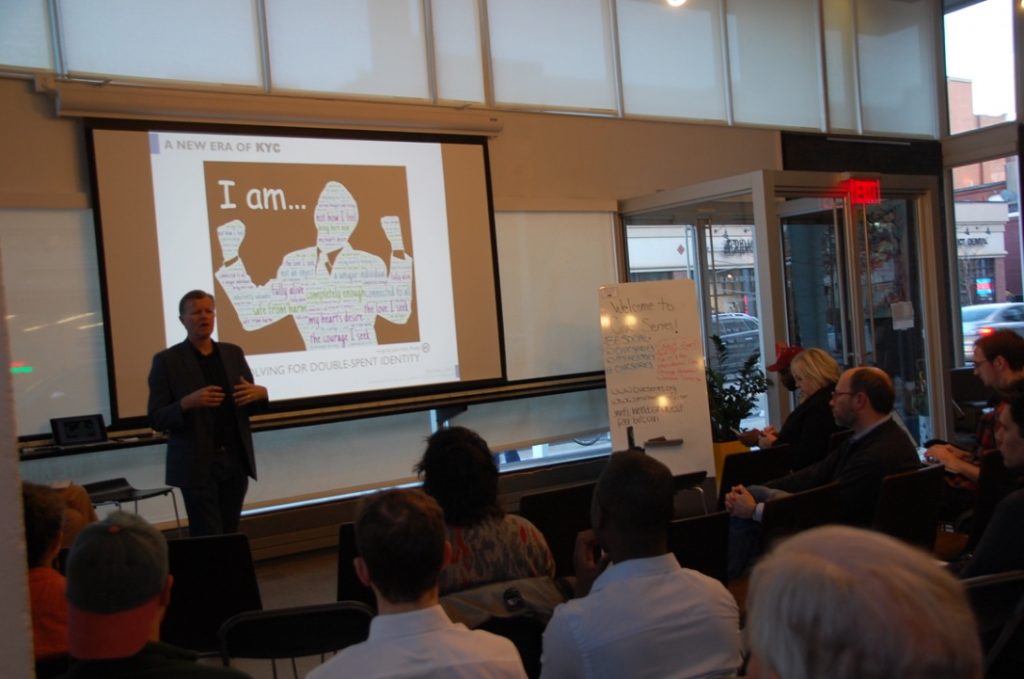 What is its future? Michael explained that Bitcoin is just one test-case for blockchain technology. There are other currencies which use similar open-source coding, but there are also many other potential uses. Deeds and property titles could be encrypted within a block, allowing for an immutable record of property ownership which could make a major impact in areas of the world where centralized records may have been destroyed or are non-existent. A universal credit score could be stored in a block, or, perhaps, a universal ID capturing all the information about someone that, ideally, only they would control. This could enable, according to Michael, a self-sovereign identity where each person would no longer be reliant on third parties to verify “who I am.”

Michael acknowledged the potential pitfalls – until all this information is truly self-verified, the owner is still subject to third-party control. Or, unless the owner has full control over the information’s dissemination, they could still be vulnerable to the surveillance that is facilitated by our increasing reliance on all sorts of electronic transactions. Done right, perhaps blockchain technologies are actually a solution to such problems – keeping information anonymous and, at the same time, all transactions transparent.

Bitcoin (and blockchain) are highly innovative technologies, still in early days. No wonder, then, that the value of the Bitcoin is volatile. But perhaps it will have a profound impact on information security for all users – a highly democratic idea.

Michael Casey is a Senior Advisor for the Digital Currency Initiative at MIT’s Media Lab. A writer and researcher in the fields of economics, finance and digital-currency technology, most of Casey’s career was spent as a journalist. That includes 18 years at the Wall Street Journal, where he was a senior columnist covering global economics and markets and where he and colleague Paul Vigna launched the influential BitBeat column on digital currency trends. In the summer of 2015, Casey left the Journal to to join MIT. He is the author of four books, including The Age of Cryptocurrency, which he co-authored with Vigna, and The Social Organism: A Radical Understanding of Social Media to Transform Your Business and Life, which he co-wrote with Oliver Luckett.