On November 17th, the Civic Series welcomed two of Boston University’s Pardee School of Global Studies Professors, Noora Lori and Kaija Schilde, to discuss the European migrant crisis. Professor Lori spoke primarily about the causes of the massive migration from Syria, while Professor Schilde spoke about the political and cultural factors in the European Union that are contributing to this being a crisis.

At the start of the evening, Rachel introduced the professors to the around 40 attendees gathered at WorkBar Cambridge – including many first time attendees, community members, college students, and a group of high school students and their teacher. Laur set the Civic Series ground rules: first and foremost, there are no dumb questions! Secondly, this discussion is not a debate. It’s an opportunity to learn about and get clarity on this issue which is, the professors acknowledged, increasingly relevant and pressing in the wake of the terrorist attacks on Paris, and the anti-refugee backlash they’ve precipitated in Europe and the United States.

Professor Lori began the discussion by giving the attendees a bit of an understanding of the terms; we learned that according to international law (managed by the UNHCR, the UN High Commissioner for Refugees), “refugees” are persons who are forced to flee their countries because they are targeted or oppressed for who they are – their race, religion, political beliefs, sexual orientation, etc. In fact, very few people are granted refugee status and the legal protections that come with it, including the vast majority of Syrian migrants now seeking to enter Europe and the U.S. For those individuals, they are often forced to live without a state, or are returned to detention centers and camps, not in the war zone that displaced their homes, but in nearby countries such as Lebanon and Jordan and, in high numbers, Turkey. What professor Lori asserted, however, is that the legal definition of refugee does not take into consideration the structural issues of economic degradation and climate change that invariably affect marginalized populations more than any others. Now we have hundreds of thousands of individuals ready to risk their lives to seek asylum in Europe, who do not “qualify” as refugees.

Professor Schilde continued the discussion from her area of expertise, the EU side of the equation, arguing that while the EU isn’t causing refugees to attempt to cross its borders, it is causing them to die there because of its militaristic and brutal border security policies. We learned about the unintended consequences of the EU opening its internal borders to movement and trade, in a borderless zone termed Schengen. Currently, anyone who sets foot on European soil must, by EU law, be considered for asylum. This makes the EU sort of a magnet, and offers promise to many Syrians fleeing their country. But the EU discovered that increased freedom of movement meant a dramatic increase in the trafficking of drugs, arms, and people that they didn’t have the capacity to track. This is what caused them to dramatically increase border security around Schengen, and what leads to so many drowning deaths in the Mediterranean. What makes the situation even more complicated is that while the EU can take refugees, legally it cannot grant citizenship or asylum, which is a matter of domestic law of each EU member state. This again leaves migrants stateless in Europe even after generations of living on European soil.

After Professors Lori and Schilde spoke, they took questions for about an hour. They talked about the recent terrorist attacks on Paris, and Professor Schilde asserted that it would be about as rational for the U.S. to refuse Belgian immigration as Syrian immigration in the aftermath. She explained that the radicalized ISIS agents living in Europe are not the first generation migrants. They are individuals who were born in Europe and may travel freely, via air, back and forth to their home countries in the Middle East. Professor Lori argued that ISIS’s planting of the fake Syrian passport on one of the terrorists, as well as the apparent use of Syrian migrant routes by the ISIS agents responsible, was likely done very intentionally – in an effort to provoke the West and cause them to close their borders to Syrian migrants.

One individual in attendance asked, in the face of all this, what can we do?? The Professors responded, start at home. Call Governor Baker and request that he take on protecting Syrian refugees within the borders of Massachusetts. 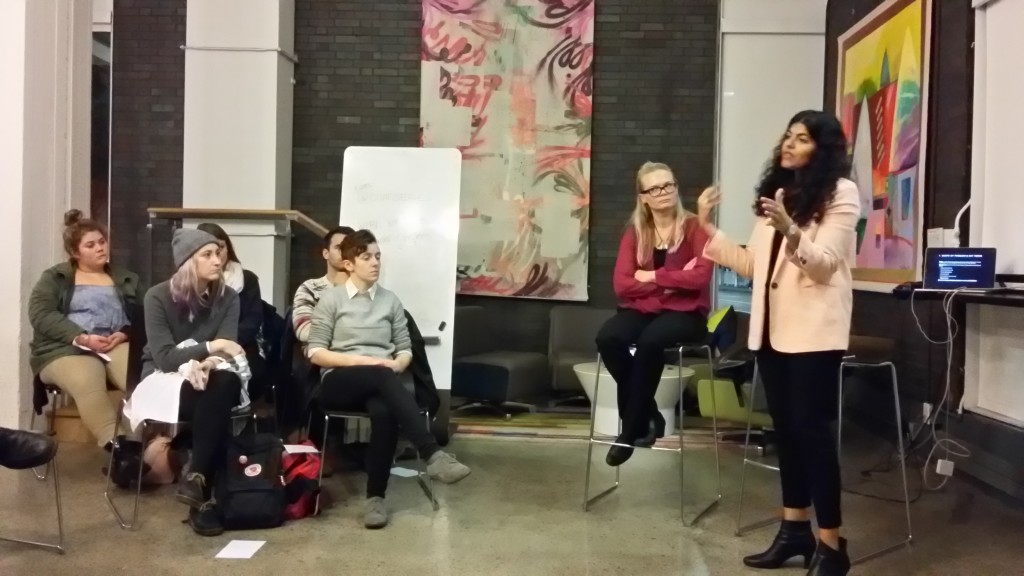 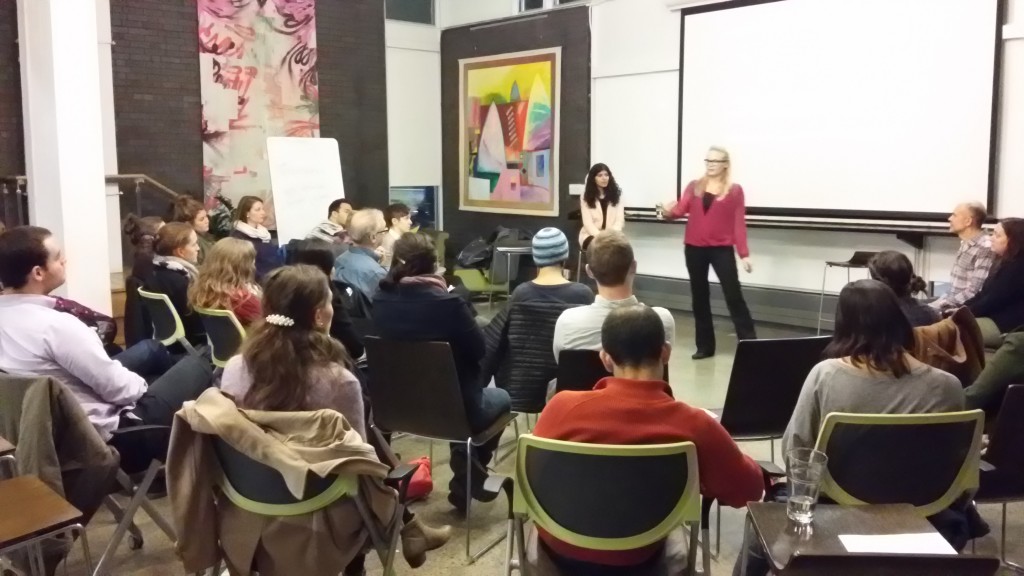