Event Summary: The U.S. and the International Climate Change Agreement

On April 13th, the Civic Series welcomed Prof. Henrik Selin, Associate Professor in the Frederick S. Pardee School of Global Studies at Boston University, to Workbar Cambridge for a conversation on international climate change agreements, most recently the Paris Agreement of 2015. 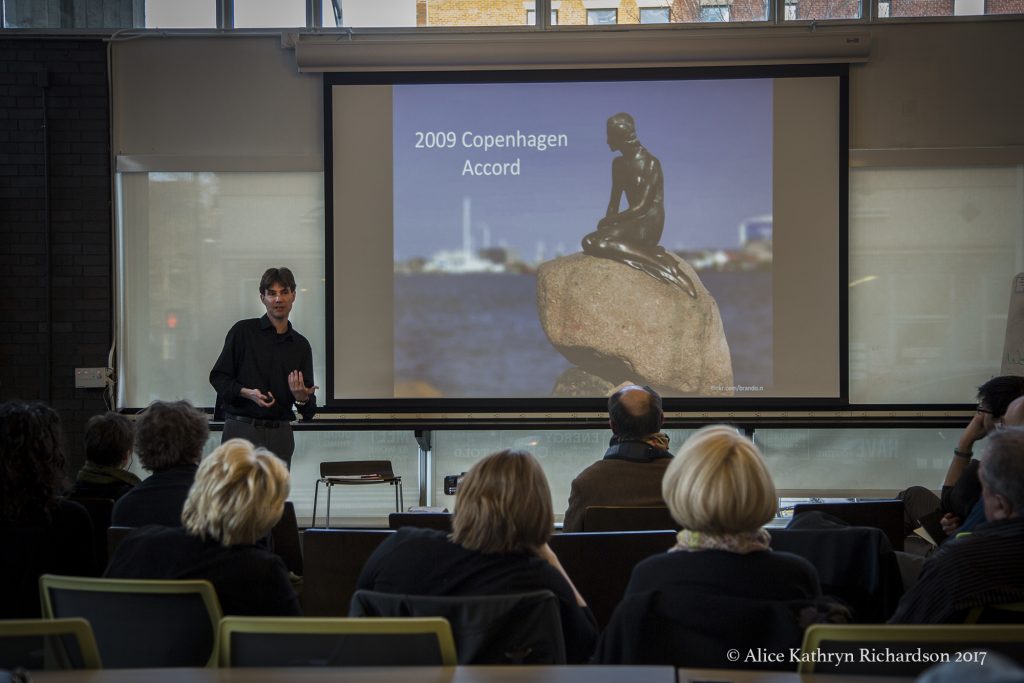 Professor Selin framed the conversation by explaining the history of the Paris agreement – that it is truly made of four agreements, in four cities: The Earth Summit in 1992 in Rio, the Kyoto Protocol in 1997, the Copenhagen Accord in 2009, and finally the Paris Agreement. In Rio, the Framework Convention took place – creating a group of nations which agreed how international accords and protocols should be negotiated to limit greenhouse gas emissions and thus slow the trends of climate change. The Kyoto Protocol took this further and established international agreements as to how much certain (primarily industrialized) nations would reduce their greenhouse gas emissions by 2012. The Copenhagen Accord reinforced certain nations’ commitments. 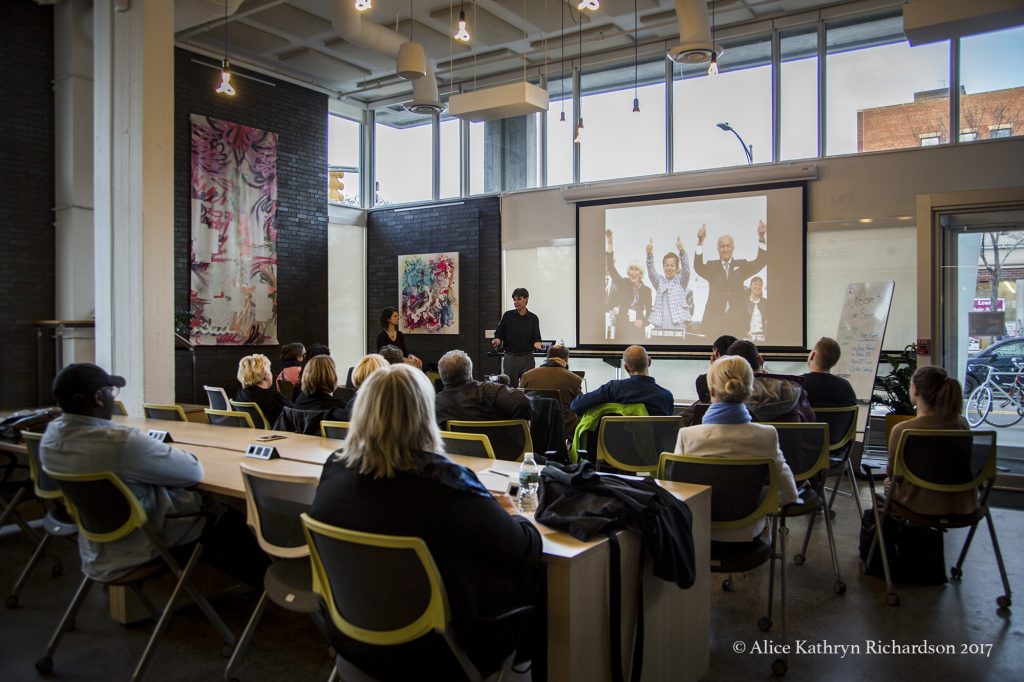 Today, we have the Paris Agreement, which seeks to bolster the efforts of the global community in the battle against climate change – bringing all nations (at all levels of industrial development) together to renew commitments to reduce greenhouse gas emissions, thereby keeping the century’s global temperature increase to 2 degrees Celsius. But how is this enforced? The teeth behind this agreement are largely political in nature – nations’ leadership participate because they believe it is the right thing to do for our planet and because it gives them political credibility on the international stage. The agreements as to how much each nation will reduce its emissions over time are entirely unenforceable. 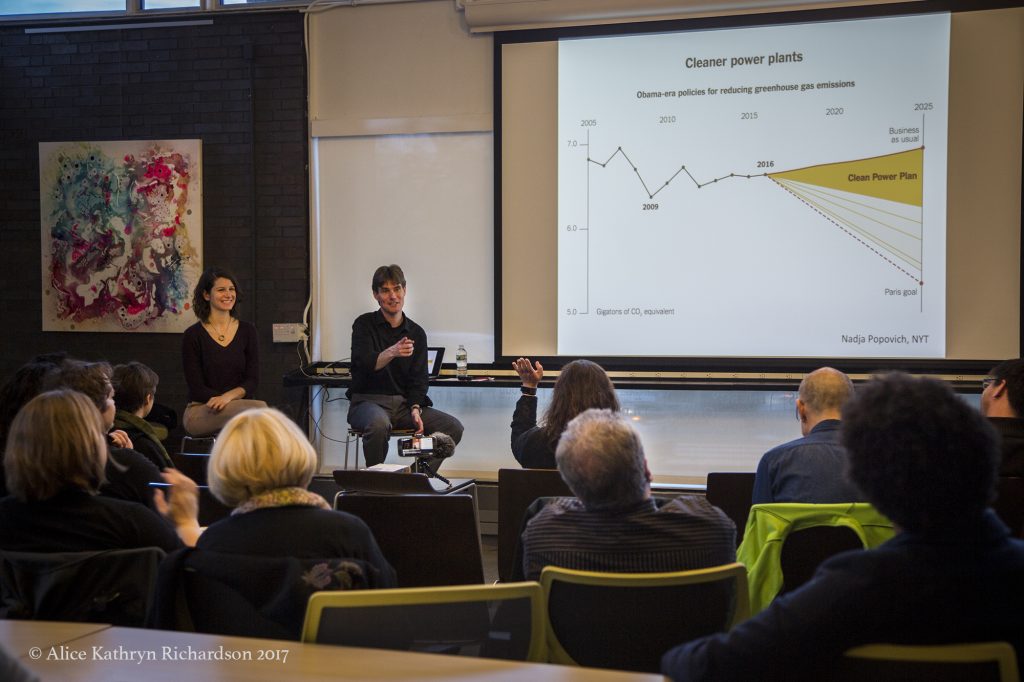 The United States under President Trump is determining how it will proceed. Trump recently signed an executive order dismantling the plans set in place by President Obama that would keep the nation in compliance with the Paris Agreement. The administration is considering leaving the Agreement entirely, though pressure from oil companies, such as Exxon Mobile, might influence them to take on a different strategy: stay in the Agreement, but advocate for more fossil fuel-friendly policy. If the United States leaves the Agreement, Prof. Selin asserted, the gap will certainly be filled by China – responsible for the highest percentage of the world’s emissions at present, and interested in the political capital that such gap-filling would produce.

As emissions reductions are unenforceable, what does this look like inside the United States? On the national level, policies to slow climate change are under attack, but, Prof. Selin argued, state governments have some power to keep things in line. California, for instance, has the power to regulate emissions state-wide, which will influence global business (e.g. car manufacturers) to comply, in order to penetrate the California market. Additionally, renewable energy is becoming less expensive and the market will naturally take us away from fossil fuels. 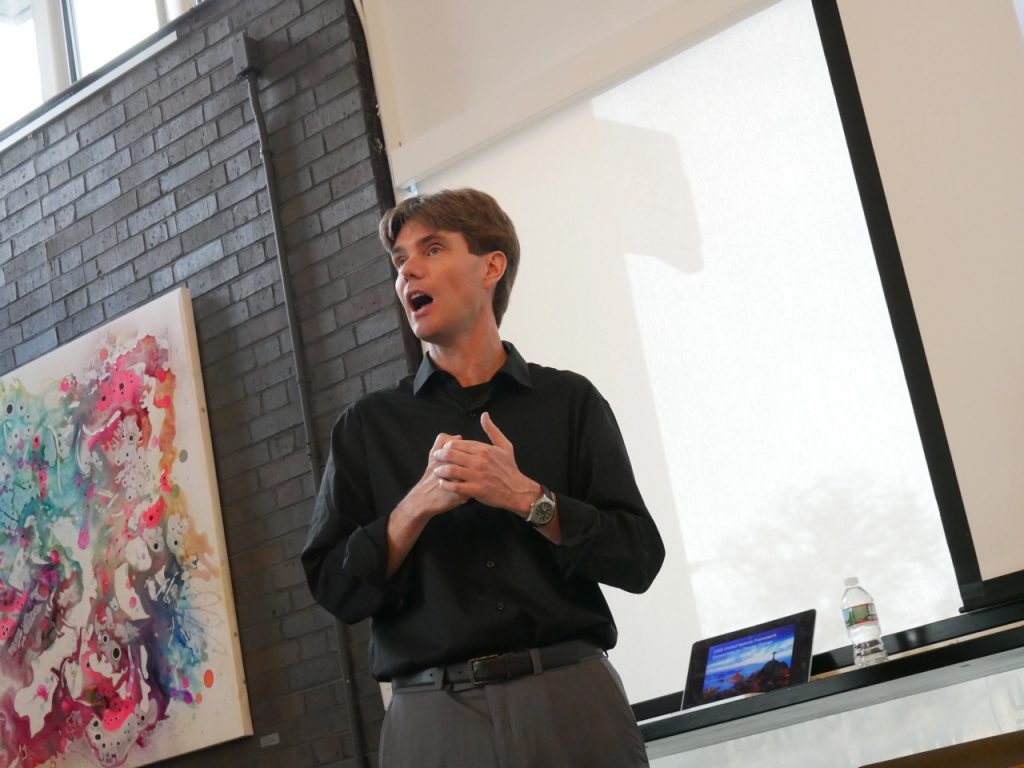 The question remains: what can we do? Professor Selin urged those present at Workbar to go local. While national government may not listen to our voices (the U.S. government is unique with respect to the level of influence moneyed lobbyists wield), our local and state governments just might. For those of us with the potential to go out of state, we can be vocal in those states whose policies historically have not been as progressive and sustainable as those of, say, California or our home state of Massachusetts. 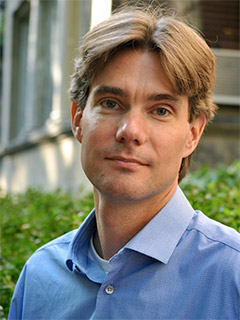 Prof. Henrik Selin is an Associate Professor in the Frederick S. Pardee School of Global Studies at Boston University where he conducts research and teaches classes on global and regional politics and policy making on environment and sustainable development. He is the author of Global Governance of Hazardous Chemicals: Challenges of Multilevel Management (MIT Press), co-author of European Union and Environmental Governance (Routledge), and co-editor of Changing Climates in North American Politics: Institutions, Policymaking and Multilevel Governance (MIT Press) and Transatlantic Environment and Energy Politics: Comparative and International Perspectives (Ashgate). He is also the author and co-author of more than four dozen peer reviewed journal articles and book chapters, as well as numerous reports, reviews, and commentaries.