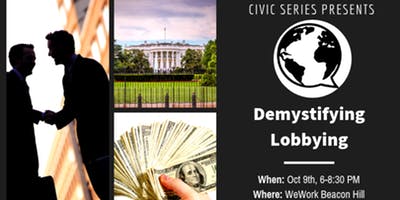 American citizens are granted a number of rights in the U.S. Constitution’s First Amendment, including free speech and the ability to “petition the government for redress of grievances” — this is lobbying. Advocating for a specific idea, topic, or cause–whether to a local or federal elected official–is something most of us will do at some point in our lives. And this relationship is two-way: elected officials rely on active, knowledgeable citizens to keep them abreast of specific issues. For better or worse, “clicktavisim” –the ability to just click an online petition or tweet at an elected official–is now part of the way we communicate and advocate ideas. But is this the most effective way to get your voice heard in the halls of power? Regardless of what issue you are advocating for, it’s clear that there’s a strategy to be successfully heard and understood–whether you are a lone voice in the street or a massive K Street lobbying firm. This session will help you become a better advocate for your ideas.

Join Civic Series for this special HUBWeek event to better understand lobbying and how you can be more effective communicating to your elected officials. You’ll hear what it’s like to be on the other side of the lobbying and learn how to:

This session will feature short presentations, a panel discussion, and plenty of time for your questions. The panelists in this session are:

**Stay for snacks after the event to talk further about the topic with attendees & the speakers!**